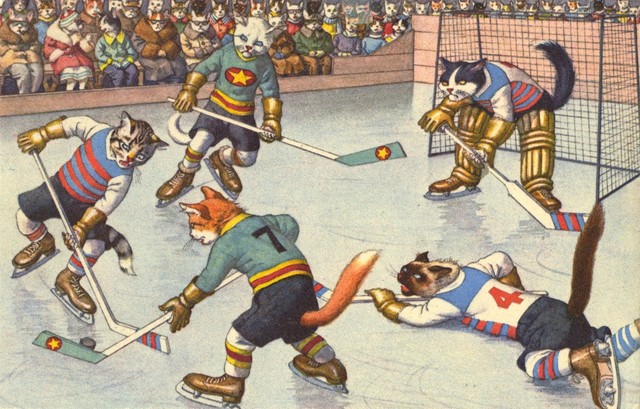 Mainzer Dressed Cats postcards, were originally published from the 1940's through the 1960's by Alfred Mainzer Inc. in New York City, known worldwide for their postcards and greeting cards.