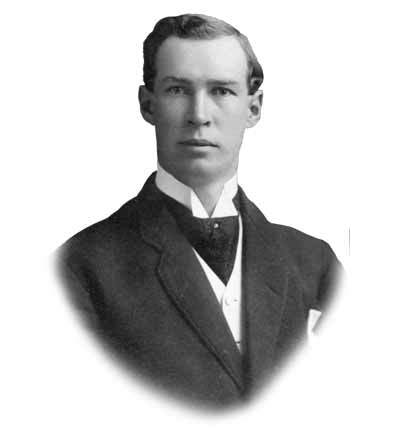 Elliott gained his nickname "Chaucer" because of a school project where he was required to recite the life and works of Geoffrey Chaucer.

Elliott played for the Hockey and football teams of Queen's University in Kingston, Ontario. He was captain of the football team for two years. He also played for the Kingston Granites, winners of the Canadian championship in 1899. He left the university with one year to go, and organised a semi-pro baseball club in Kingston to compete in a league he formed with other teams in Ganonoque and New York State. He later played baseball with a number of teams, and in 1906, in the winter, coached the Toronto Argonauts and later in the season took the Hamilton Tigers to a Canadian championship with a win over McGill. The year after he was appointed coach for the Montreal AAA team, and a year later was named that organization's advisor for all sports. Elliott resigned from that position in 1911 to become manager of the St. Thomas baseball team.

Elliott, who was also a talented baseball player, was banned by the Ontario Rugby Football Union in 1902 for playing baseball professionally.

Elliott began his career as a Hockey referee in 1903 with the Ontario Hockey Association, and for ten years was the most sought-after and respected interpreter of the game.

Elliott's reputation as a capable Hockey referee in Canada led International Hockey League / IHL executives to seek out his services for the 1905-06 season.

Elliott's arrival in the International Hockey League / IHL signalled that the league was interested in signing not only the best Hockey players available, but also the most qualified and proficient referees. However, Elliott, along with most followers of Hockey in Eastern Canada, was under the impression that the IHL was a violent league known for it's rough play. Elliott was dispelled of this notion, during his time as a official IHL referee.

Elliott was quoted in the Sault Star on February 8, 1906 :
"I have had no more trouble in this league than I used to have in the OHA. The executive of the International Hockey League comprise a bunch of good, shrewd business men, who are looking for nothing but fair play and protection for the players. All the instructions I have ever recieved from the Executive is to make the players produce clean Hockey"

Elliott would referee 27 games in the IHL during the 1905-06 season, and at the conclusion of the season, reported to New York to play catcher for a baseball team there.

The 1905-06 season would be the only year Elliott would referee in the IHL, as he chose to return to Canada to coach football.

In 1912 Elliott officiated the OHA finals between Toronto Canoe Club and Orillia.