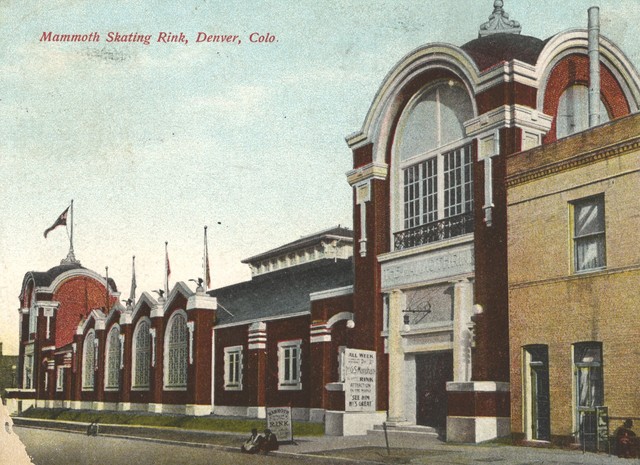 In the 1907, the venue opened as the Mammoth Roller Skating Rink becoming a prominent after-school hangout for the nearby East High School. After the roller rinkclosed in the Spring of 1910, the building was occupied by the Fritchle Automobile & Battery Company. During its tenure as a manufacturing plant, the venue produced nearly 500 vehicles, the first being purchased by Titanic survivor, Molly Brown. The plant closed in October 1917.

The building remained unoccupied for several years until it was purchased by Irving Jacob and became the city's first recreational center. Known as Mammoth Garden Roller Club, the center offered ice skating, Hockey, basketball, ice polo, boxing and wrestling. During this time, it also became the home venue for the Mammoth Garden Dodgers, which was a part of the Colorado Roller Hockey League.

The venue also hosted the first Hockey event broadcast on Armed Forces Radio Services. Every Thursday, games from the venue were broadcast by KLM at Lowry Field. It also hosted the US National Indoor Figure and Speed Championships in 1950, 1952 and 1954. In 1960, the venue hosted its first concert by soul singer James Brown.