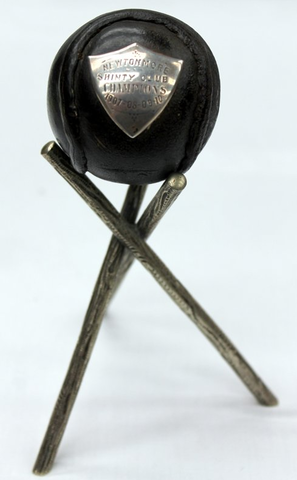 Newtonmore Shinty has been played in the Newtonmore area for centuries, but more recently, there are records of shinty being played at the club's present field Eilean Bheannchair - known as the Eilan - since 1877 and the club was formally constituted in 1890. In 1893 the club was a founding member of the Camanachd Association.