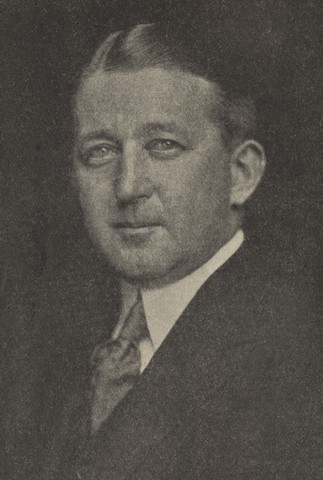 Brown championed the development of various sports and sporting events in the United States, most notably the Boston Marathon and amateur ice Hockey.

In 1899 Brown was hired as an assistant to the Boston Athletic Association / BAA Athletic Director. For 33 years, from 1905 to 1937, Brown served as starter of the BAA’s Boston Marathon, the oldest annually run marathon. For eleven of those years, he also managed the race.

From 1905 to 1921, Brown managed the BAA track and field games, and for over twenty years, served as the BAA Director of Athletics.

Brown also served on the BAA Governing Committee for 20 years, having transitioned from club employee to club member and leader.

During Brown’s youth, ice Hockey was in its infancy in the United States. In 1910 Brown formed and managed an amateur ice Hockey team for the BAA, which played at the newly constructed Boston Arena.

Over the next two decades, Brown organized Hockey events held at the Arena, including Canadian-American games and collegiate competitions. When the Arena burnt down in 1918, Brown persuaded its owner, Henry Lapham, to rebuild. Brown was then named general manager and promoted Hockey as its major draw. In 1934 Lapham purchased the rival Garden, and named Brown as its general manager and vice president.

When professional Hockey was first introduced and its teams sought to play at Boston’s rinks, Brown opposed, favoring amateur competition. He later accepted professional Hockey, and once Boston secured a National Hockey League / NHL franchise, the first United States city to do so, it was not long before he was part of the professional scene.

Brown became general manager of both the Arena and Boston Gardens in 1934. Continuing his roll as an American Hockey pioneer, he continually boosted the game at all levels.

Brown served as Athletic Director at Boston University (BU) and in 1917, was instrumental in the creation of the school’s first Hockey team. The BU Hockey team’s annual Most Valuable Player award is named the George V. Brown Memorial Award, in his honor.

For the first 1924 Winter Olympics, Brown organized the U.S. Olympic Hockey team, with seven of the ten members coming from the BAA team. The team earned a silver medal, losing only 1 game in the tournament - 6-1 to Canada in the final.

Since 1905, for every year except one, a member of the Brown family has been the starter of the Boston Marathon. After George V. and Walter A., George V. Brown, Jr., started the race, from 1943 to 1980. Another son of George V., Thomas J. Brown, who was BAA president from 1982 to 1985, served as the starter for the race through 1989. Thomas Brown’s wife, Rosalie, has started the wheelchair race. George V.'s grandson, Walter F. Brown, became the starter in 1990 and continues in that role.

Like the Boston Marathon, many of the sporting events George V. Brown fostered, have continued for over a century.

In 2008, the Hopkinton Athletic Association commissioned sculptor Michael Alfano to create a statue honoring Brown. The bronze monument, "The Starter", was installed on the town common in 2009.

Brown was inducted into the Hockey Hall of Fame as a Builder in 1961.

Brown was enshrined into the United States Hockey Hall of Fame as a Builder in 1973.