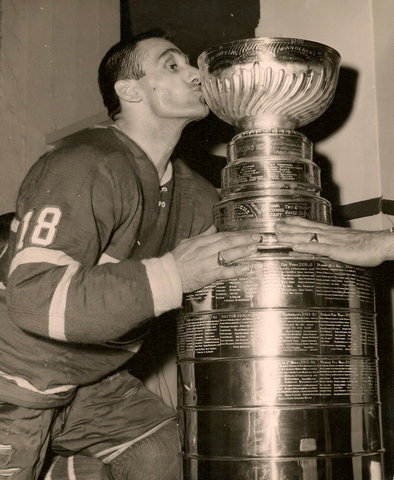 Marcel Bonin Kisses The Stanley Cup Bowl at the Montreal Forum on April 18, 1959.

The Montreal Canadiens defeated the Toronto Maple Leafs 4 games to 1, to win the Stanley Cup Championship.

This was the 2nd year of the new redesigned Stanley Cup, that has the distinct five-band barrel, which can contain Lucky 13 winning teams per band