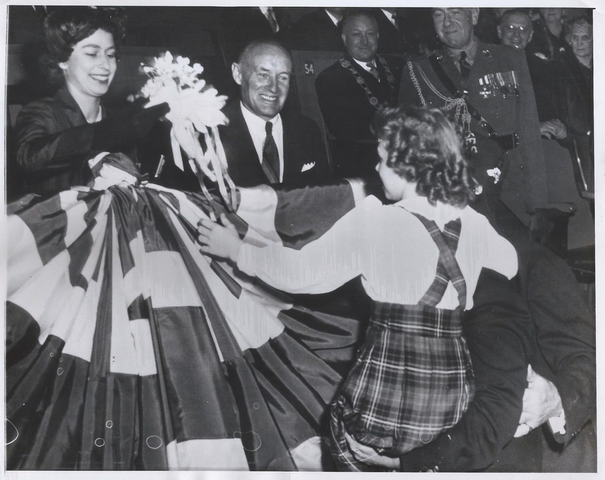 Little Diane Charters had to be lifted in order to hand Princess Elizabeth a bouquet of flowers at Maple Leaf Gardens.

The Princess and her husband, Prince Phillip, were there watching a exhibition ice Hockey game between the Toronto Maple Leafs and the Chicago Black Hawks in October, 1951

The game was a benefit for the Shrine's Crippled Children's Fund.

Maple Leafs owner Conn Smythe sat with the Princess during the game.