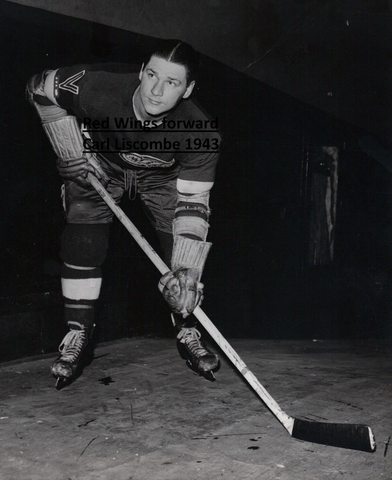 Liscombe played for the Detroit Red Wings in the National Hockey League from 1937 to 1946.

Liscombe scored 137 goals in his nine-year NHL career - all with Detroit.

Liscombe was a key member of the 1943 Stanley Cup champions. Liscombe scored 19 goals and had 23 assists for 42 points in the regular season, then turned up the heat in the playoffs with a team-high six goals (tied with Joe Carveth) and a team-leading 14 points as the Wings won the Cup with a 4-0 sweep of the Boston Bruins in the Finals. He shares the team record for most goals in a playoff game and most points in a game.

Liscombe was the first pro Hockey player to record 100 points in a season.