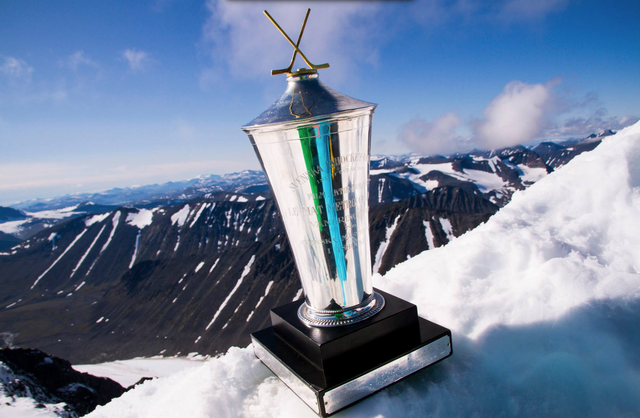 The Le Mat is the oldest trophy competed for by professional athletes in Sweden. The trophy was donated by the founding father of ice Hockey in Sweden, Raoul Le Mat, and the Metro-Goldwyn-Mayer Inc. in 1926. Since then the silver cup has been modified and features now a lid with two crossed ice Hockey sticks and an oak base.
The cup is 20.5 inches (52 cm) high and weighs 118 ounces (3.34 kg).

Kebnekaise is the highest mountain in Sweden. The Kebnekaise massif, which is part of the Scandinavian Mountains, has two peaks, of which the southern, glaciated one is highest at 2,099 metres (6,886 ft) above sea level at the latest time of measurement. The north top (2,096 metres (6,877 ft)) is free of ice. Kebnekaise lies in Lapland, about 150 kilometres (ca. 90 miles) north of the Arctic Circle