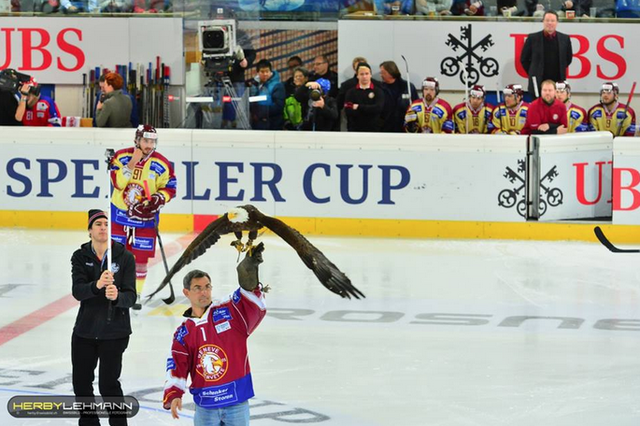 Sherkan, a bald eagle, opens every home game by flying throughout the arena, reaching for his master standing in the center of ice. Sherkan is very popular amongst fans and players alike. Sherkan is Europe’s first living animal to partake in an ice Hockey game opening ceremony.