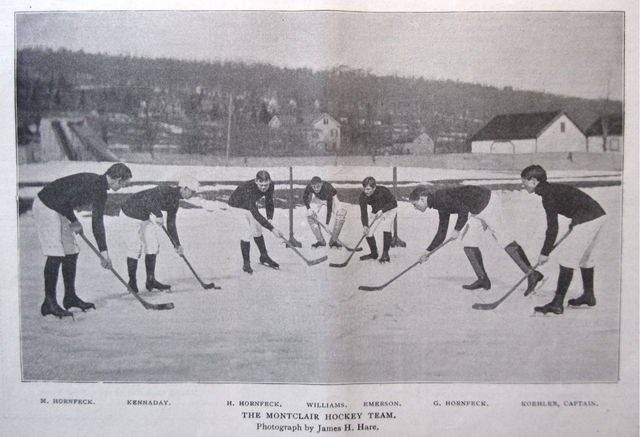 The Montclair (N. J,) Athletic Club. With no rink practice whatever, excepting that gained during their matches, this team played probably the most wonderful ice Hockey of the winter, and many of the exhibitions in which they took part would have done credit to players of long experience. They defeated Yale University by 6 goals to 1, tied the St. Nicholas team on one occasion by a score of 3 goals each, lost to the champion New York A. C. team by the close score of 1 to 0, and by the same score, after a fierce struggle, lost to the All- Baltimore (Md.) team, a selected seven of the Baltimore Hockey League's best players.