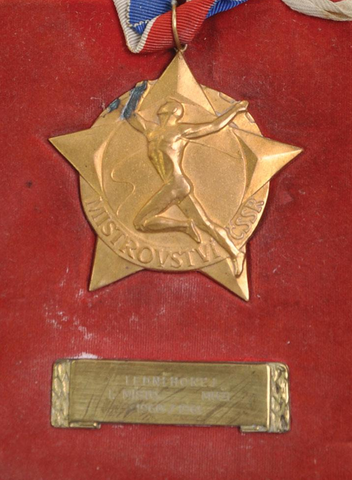 The IIHF Hall of Famer received this star-shaped medal along with His HC Ruda Hvezda (Red Star) Brno teammates for 1960-61 Czechoslovakian Extraliga championship. After winning oven straight titles from 1955 to 1958, Brno Claimed seven in a row from 1960 to 1966.