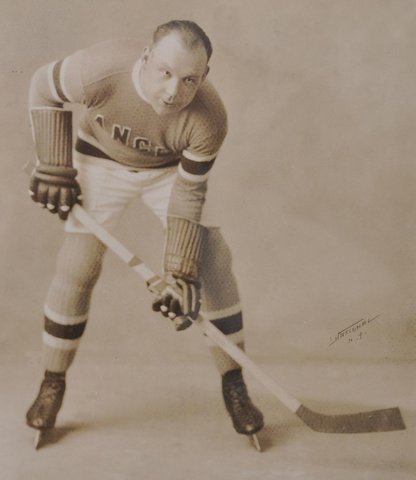 He was a member of two Stanley Cup championship teams.

He was the first United States-born player to become a NHL regular.

As a member of the Minneapolis Millers of the CHL during the 1925-26 season, Abel was named to the CHL's First All-Star team at the defence position.
Abel played in the NHL for eight years. He was signed by Conn Smythe to the New York Rangers, largely based upon his strong performance at the Winter Olympics in 1924. With the Rangers, he wore sweater number 4, and, paired with defenceman Ching Johnson, was a key member of the Stanley Cup winning Rangers team in 1927-28. After the 1929 season, Abel's rights were sold to the Chicago Black Hawks, where he played five more years, wearing sweater number 2. Abel was a member of the Cup-winning Black Hawks in 1933-34, his last NHL season.

At the age of 64, on August 1, 1964, Clarence Abel died in his home in Sault Ste. Marie. Nine years later, he was inducted into the United States Hall of Fame as a player.