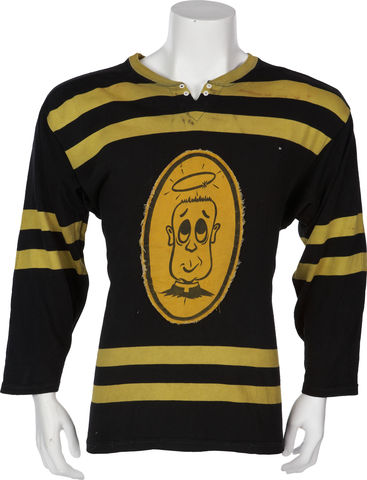 Costello was a former member of the Toronto Maple Leafs, and was part of their 1948 Stanley Cup winning championship squad.

Jersey presents a terrific "bumble bee" pattern, and consists of desirable Durene. This rare sweater presents the team's unique logo patch on the front, and a sewn-on goalie's numeral "1" on the back.