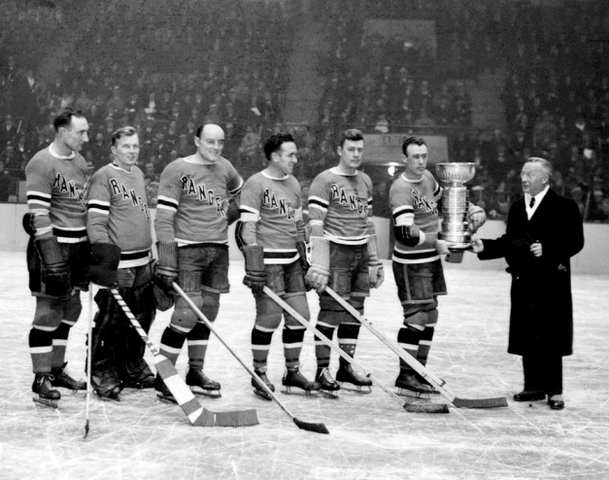 The Rangers did not receive The Stanley Cup until this day, almost 7 months after they won the championship on April 13, 1933 at Maple Leaf Gardens, after they defeated the Toronto Maple Leafs 3 games to 1, in the best of 5 championship.