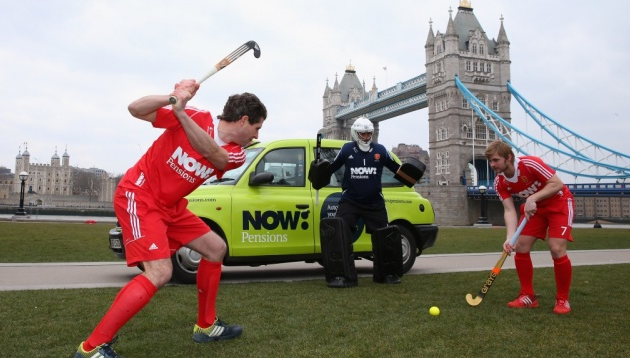 England Hockey and NOW: Pensions have announced an exciting partnership for the sport and the biggest ever sponsorship investment in men’s Hockey in England.

NOW: Pensions will be fully integrated within the sport and visible nationwide throughout the year as a partner committed to developing the future of the game. By becoming the Title Sponsor of the men’s domestic league, NOW: Pensions hopes to support a well-defined talent pathway for players, helping taking the men’s side to a medal position at the Glasgow 2014 Commonwealth Games and Rio 2016 Olympics.

As well as supporting the men’s hockey league, NOW: Pensions is also fully behind England Hockey’s London 2012 legacy plans to make the sport bigger and more accessible, and is supporting the grassroots product, Rush Hockey.