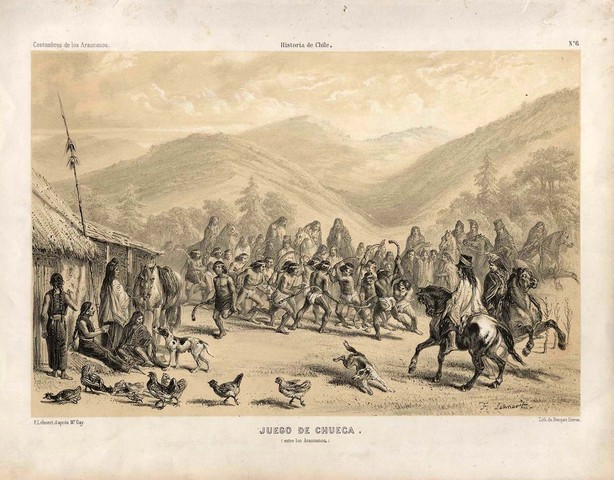 The Mapuche are one of three surviving tribes of the ancient Araucanian linguistic group of Indians who lived in Chile and Argentina before the Incas or the Spaniards arrived. They claim the distinction of never having been conquered by the Spaniards or the Incas. The Mapuche, whose name means "people of the land," are Mongoloid in appearance and therefore distinct from Chileans of European descent.