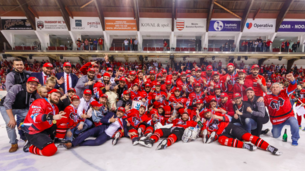 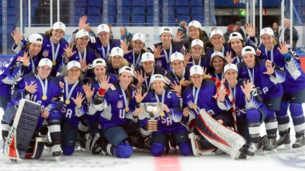 Maxim Borisov wins the European Table Hockey Championship, which was played in the sports hall of Rīgas Kultūru vidusskola (Riga's High School of Cultures) in Riga, Latvia on June 8, 2014.