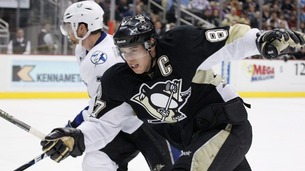 January 19th is the day
by evilpatrick on January 6th, 2013
The National Hockey League appears to be set on a tentative date for puck drop on Saturday, Jan. 19. In a memo sent out on Sunday night, the NHL su... 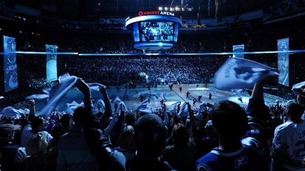 The Lockout is Over!
by evilpatrick on January 5th, 2013
A tentative agreement has been reached that will end the NHL lockout. The league and its players association reached a deal early Sunday after a marathon 16 hours of n... 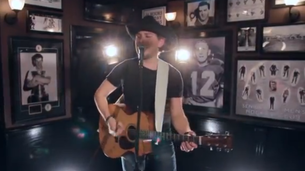 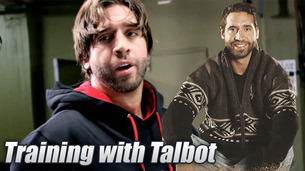 Training with Talbot
by evilpatrick on September 18th, 2012
Max Talbot is one of my favourite hockey players in the NHL right now, the guy is just so charming and underrated as a player. I'm glad HBO gave me my first glimpse of h... 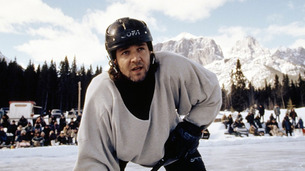 Top Ten Hockey Movies of All-Time
by Michael Unger on December 6th, 2011
With the impending release of “Goon”, a new hockey movie starring Seann  William Scott, let’s look back at some of the best hockey movies to ever hit the big and small... 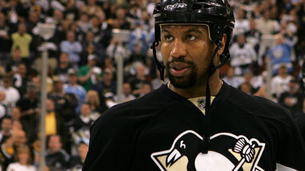 Cracking the Laraque Code
by Michael Unger on November 9th, 2011
Can you smell what Laraque is cooking?   The answer of course is steroids. Even the NHL isn’t immune to the dirty “S” word and in Georges Laraque’s new book he s... 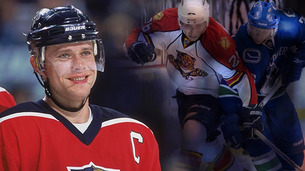 Top Five Trades Between Vancouver and Fl...
by Michael Unger on October 26th, 2011
When teams make big trades, the trades where you give up valuable players for other players, teams quite often look to the other conference to trade with in order to ... 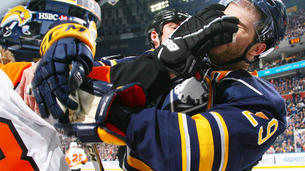 Top 10 Past Hits That Would Be Suspendab...
by Michael Unger on October 25th, 2011
10.Bobby Clarke on Valeri Kharlamov – 1972 Now this isn’t so much a hit as it is a vicious slash that breaks Kharlamov’s leg. I’ve included it in the list to show h...

News and Musings from the NHL and the world of hockey.

Top 10 Past Hits That Would Be Suspendable Today
Michael Unger compiles a Top Ten list of hits that went unpunished in the past
by Michael Unger on October 25th, 2011
0
Tweet 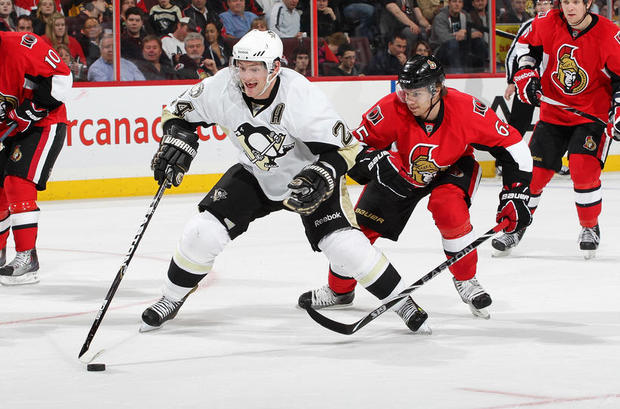 Now this isn’t so much a hit as it is a vicious slash that breaks Kharlamov’s leg. I’ve included it in the list to show how a lot of these vicious hits happen in the biggest games. Back then and even now there’s a notion to “let them play” when it gets to the biggest stage, and there was no bigger stage in hockey then the 1972 Summit Series. Clarke would probably get a long suspension now for what would probably be perceived as a premeditated act of violence.

This hit is a significant one because A. It ended Paul Kariya’s career, and B. It was one of the driving forces to institute a head shot rule as after Kariya retired. He blasted the NHL with their slow reaction to the issue, because as you’ll see, this won’t be the last time you see Kariya on this list.

Now Malkin was penalized for the hit on the play, but with the new rules they would go further. Just because you’re not carried off in a stretcher doesn’t mean it’s not serious. Mitchell never played another game that season so it’s this very type of play that they want to get rid of, and the only way to do that is to suspend the player for more than a couple games. No matter how big the star player, they have to send a message, and this year they probably would.

The date is significant on this hit because 2008 doesn’t seem that long ago, but now with what we know about concussions, watching this hit will make you feel revulsion. Especially with the way the crowd and commentators seem to act like patrons at a Roman Coliseum calling for blood. This hit will no longer be tolerated and Mark Bell would be suspended this year.

This hit is significant for what followed right afterwards. A brawl ensued on the very next play which included an infamous fight between the two goaltenders Ray Emery and Martin Biron. The brawl happened because Coach Lindy Ruff and the Sabres decided to take matters into their own hands, after a grinder went after one of their star players. The days of brawls are over in the NHL and no longer have a place in the game. With the new rules Neil would have been kicked out of the game and suspended just for the hit, which may have prevented the silliness that followed.

The Scott Stevens era is turning into a bit of a controversy these days, as the NHL looks back at these hits to determine if they’re illegal or not. The NHL has used Stevens hit on Lindros as an example of one that is legal, his hit on Langkow probably falls in that same category, but this one is a bit different because Kariya is far more vulnerable than Lindros or Langkow. The problem is that many people look back on this play in a different light because Kariya came back later in the game to score a crucial goal that would send this Stanley Cup Final game to Game 7. As we know now it was probably this hit that would be the beginning of the end of Kariya’s great career.

Now the hits are getting really gruesome including this one where you can see Armstrong actually jumping to make sure that he hits Letowski, who’s obviously in a prone position.

Similar to the Armstrong hit, many will say it’s not fair to label it illegal because Booth just passed the puck and he’s going right up the middle of the ice. Richards though engages in the hit and makes Booth’s head his target which is both disgusting and now illegal.

Here’s another hit where the player comes from the blind side and makes the head the primary target. What’s noteworthy is that this was the year the Rangers would go on to win the Cup. Who knows how their season may have been affected if Messier had been suspended for any length of time. Make sure you watch till the very end of the video, for one of the most surreal moments in live televised sports.

The granddaddy of all what was legal but now illegal headshots was performed by the master of all dirty hits. Incredible that even given Matt Cooke’s repeat offender reputation, the NHL recoiled and let Cooke off the hook. Luckily the rules are in place now to put Cooke out of the game for a while if he ever does it again.